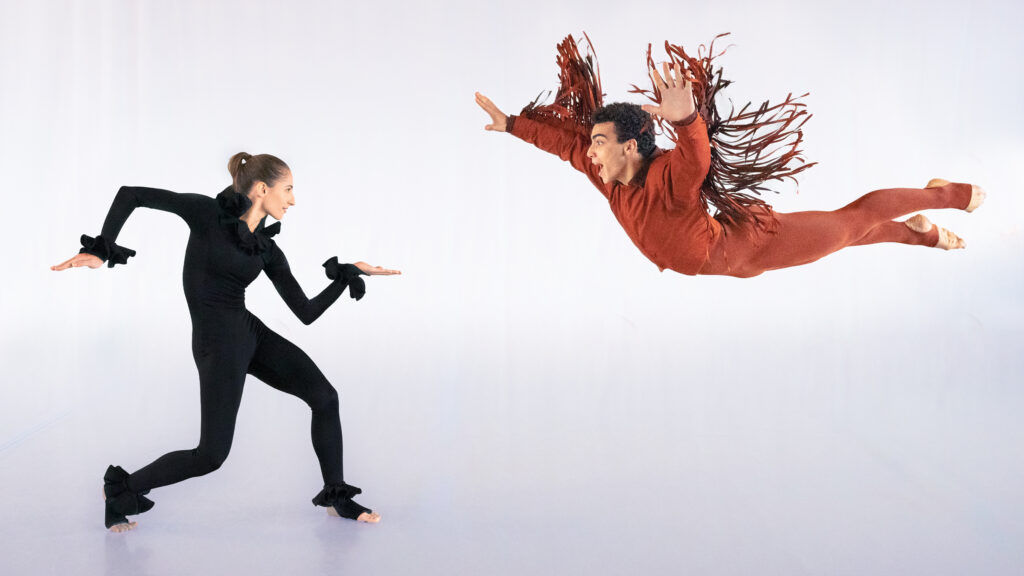 Presented by Graham Studio Series and performed by Graham 2, this family-friendly holiday event will feature a full performance of Martha Graham’s rarely-seen The Owl and the Pussycat, narrated by Leslie Andrea Williams and including set sculptures by Ming Cho Lee and costumes by Halston! Performances at 1:00pm and 5:00pm.

IN-PERSON and LIVE-STREAMED from the MARTHA GRAHAM STUDIO THEATER, NYC 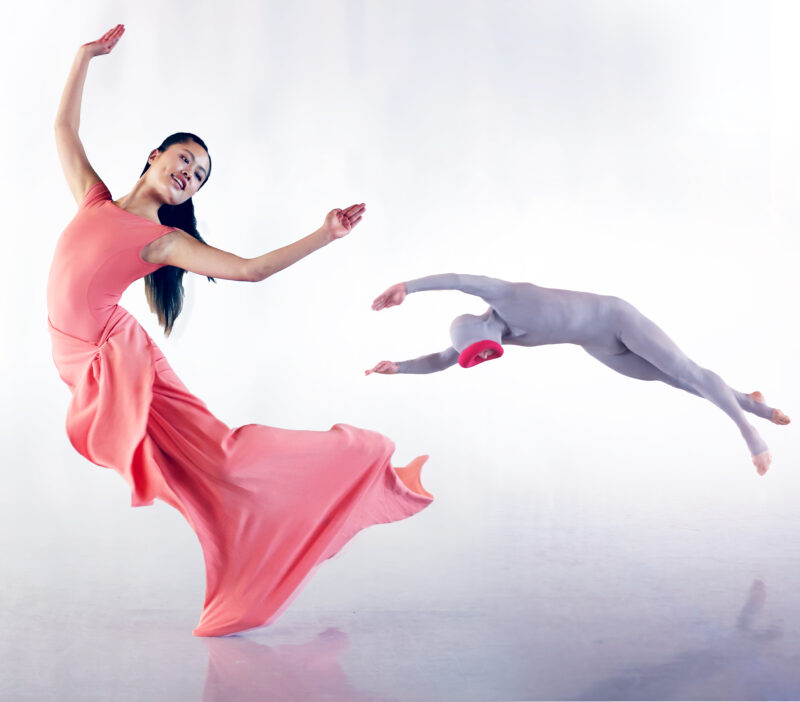 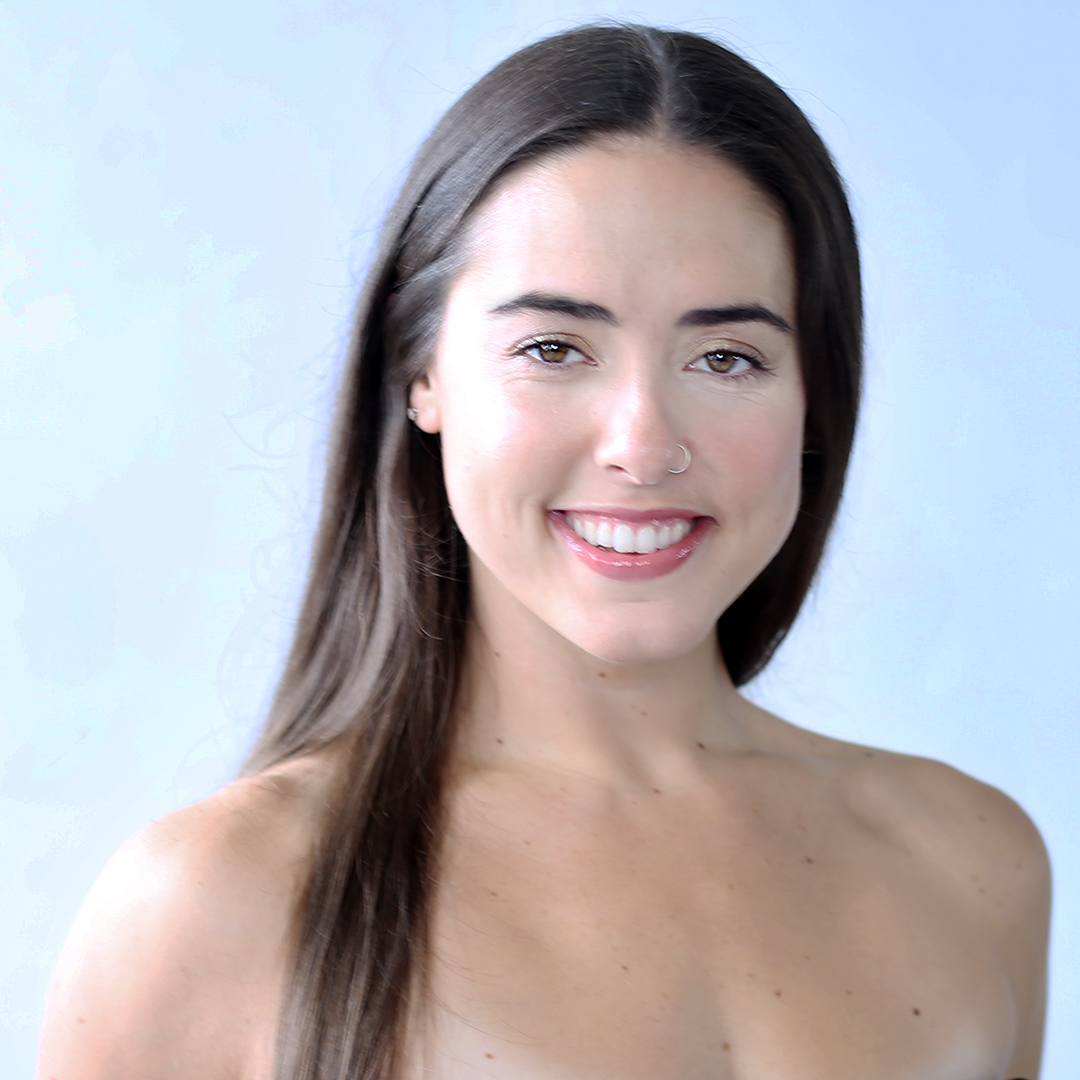 Ane Arrieta, a dual citizen of Spain and the US, grew up in Newport, Rhode Island, where she trained at the Newport Academy of Ballet. She went to the Hartt School at the University of Hartford where she received her BFA in Dance Performance and Ballet Pedagogy. While at the Hartt School she performed works by José Limón, Martha Graham, George Balanchine and Paul Taylor and worked with contemporary choreographers Bryan Arias and Francesca Harper. Ane has performed professionally with Island Moving Company and Buglisi Dance Theatre and is also a Nationally Certified Pilates Instructor. This is her 2nd year with Graham 2! 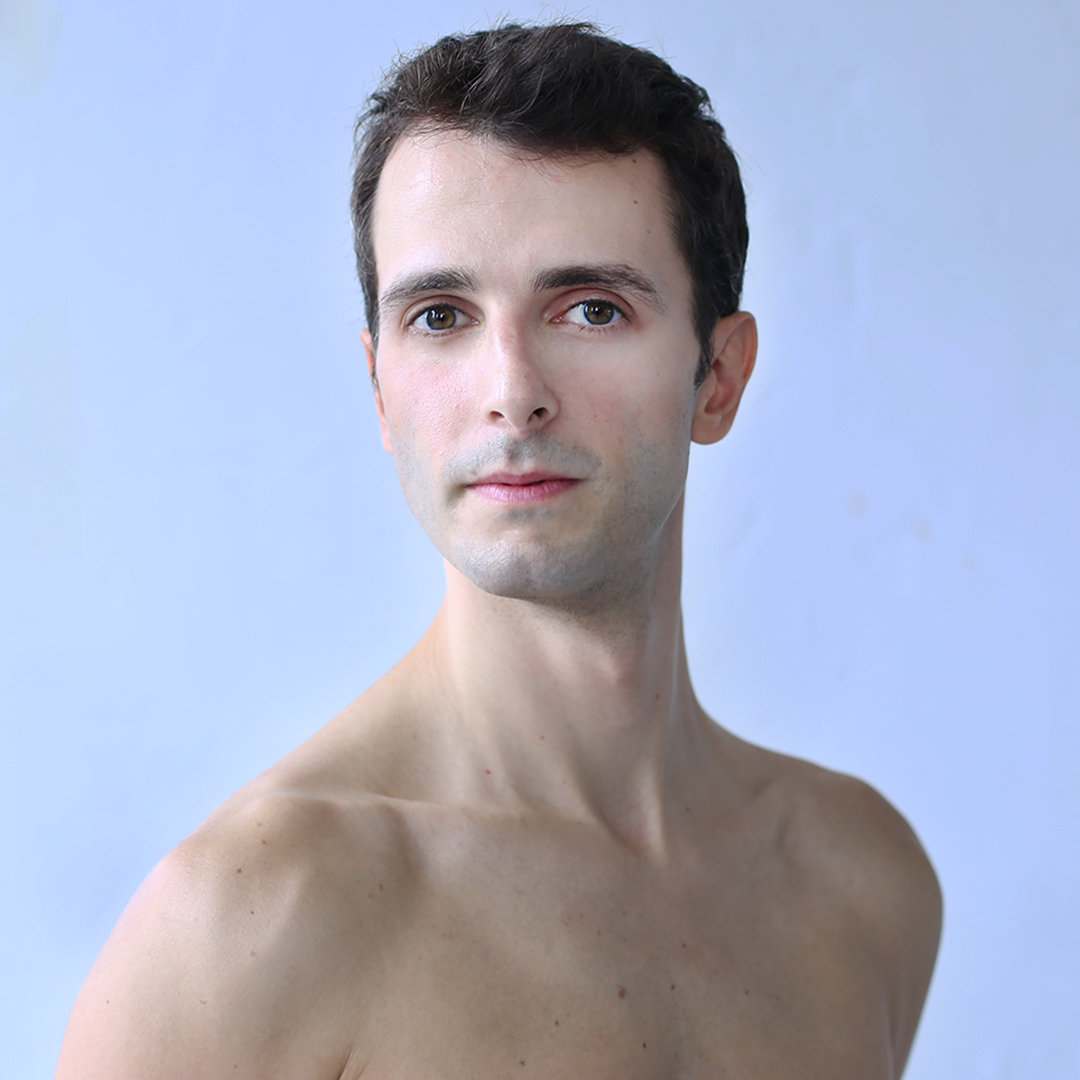 Lorenzo Guerrini is from Florence, Italy. He started his career in theatre and graduated from the University of Florence in Performing Arts Management. He walked into his first dance class at the age of 21 in the same school where he used to work as administrator. From there, he went on to receive his Bachelor’s in Contemporary Dance from ACTS / Ecole de Dance Contemporaine de Paris, where he performed in works by French choreographers such as Claude Brumachon and Herman Diephuis. In 2021, Lorenzo moved to New York to attend the Martha Graham School. This is his first season with Graham 2. 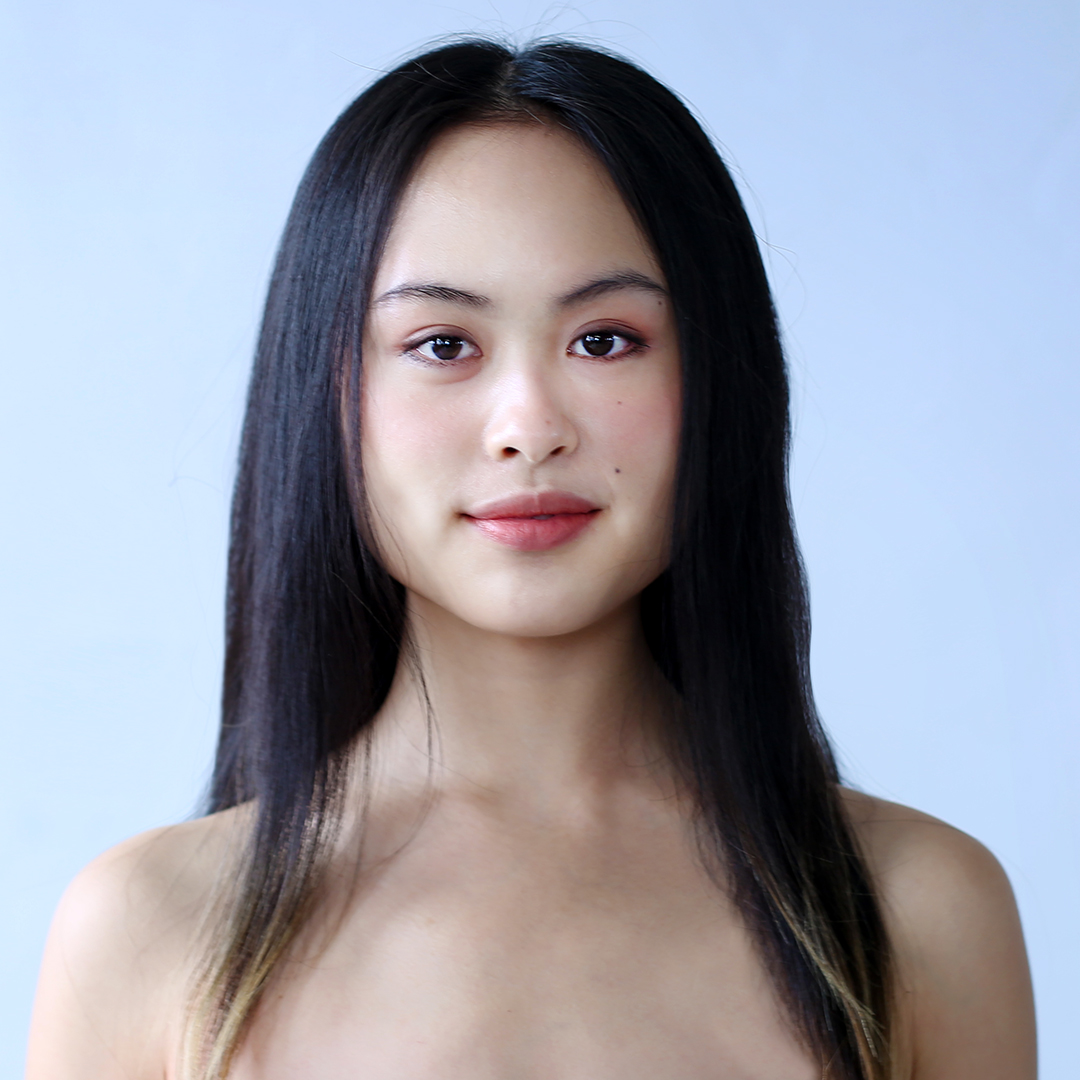 Madeleine Lee grew up in Los Angeles, California and began her training at Julia Bourlina’s School of Classical Ballet. She attended the L.A County High School for the Arts and participated in the Ballet and Modern programs at the Colburn School. In 2019, she received a scholarship to attend the Ailey School in New York. Madeleine is now in the Advanced Studies Certificate program at the Martha Graham School. This is her first season with Graham 2 and she is very excited to learn and perform with her fellow Graham 2 members.

Antonio Leone, a native of Italy, began his early training at “Dance Studio” near his hometown Salerno. While there, he won scholarships to travel to both Budapest in Hungary, as well as Los Angeles in the United States, to participate in winter and summer Dance Intensives. In 2019, Mr. Leone joined the Rudra Bejart School in Switzerland, where he performed works by Maurice Béjart, Michel Gascard, Julio Arozarena and Tancredo Tavarez, among others. Upon graduating from Rudra Bejart in 2021, Mr. Leone enrolled in the Advanced Study Certificate Program at the Martha Graham School in New York and joined the Graham 2 company. Here he has had the opportunity to perform in classical Graham works, such as Secular Games, Acts of Light and Chronicle and to have featured roles in Appalachian Spring Suite. This year, Antonio is also performing with the Martha Graham Dance Company. 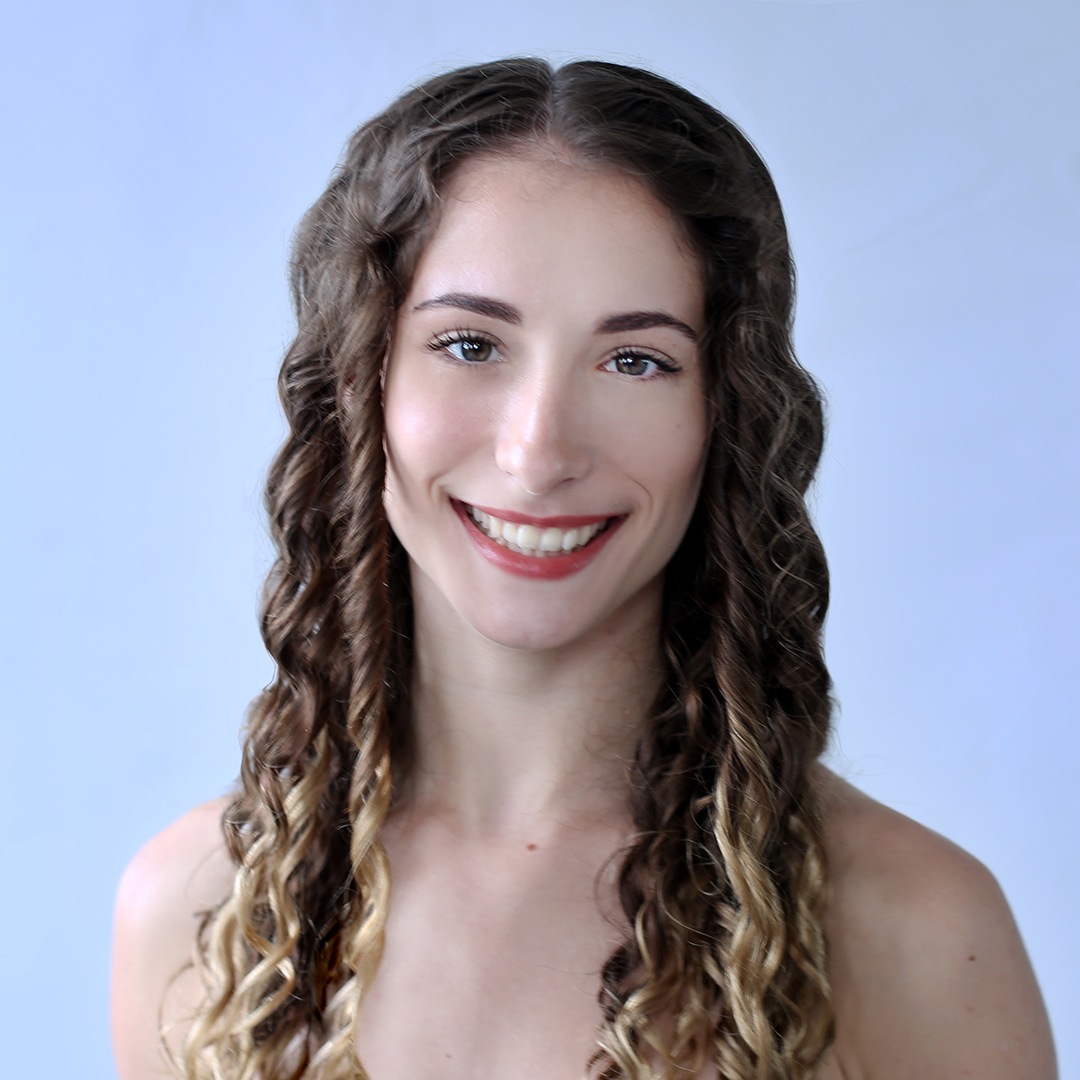 Amanda Moreira is originally from Roxbury, NJ. In May of 2022, she graduated from Marymount Manhattan College with a BFA in Dance and a concentration in Modern. While at Marymount,she has had the opportunity to perform works by Martha Graham, Twyla Tharp, May O’Donnell,Pascal Rioult, and Jessica Lang, among others. In her last semester of college, she had the opportunity to apprentice with Parsons Dance. She is currently enrolled in the Advanced Studies Certificate Program under the Graham 2 track. This is her first season with Graham 2! 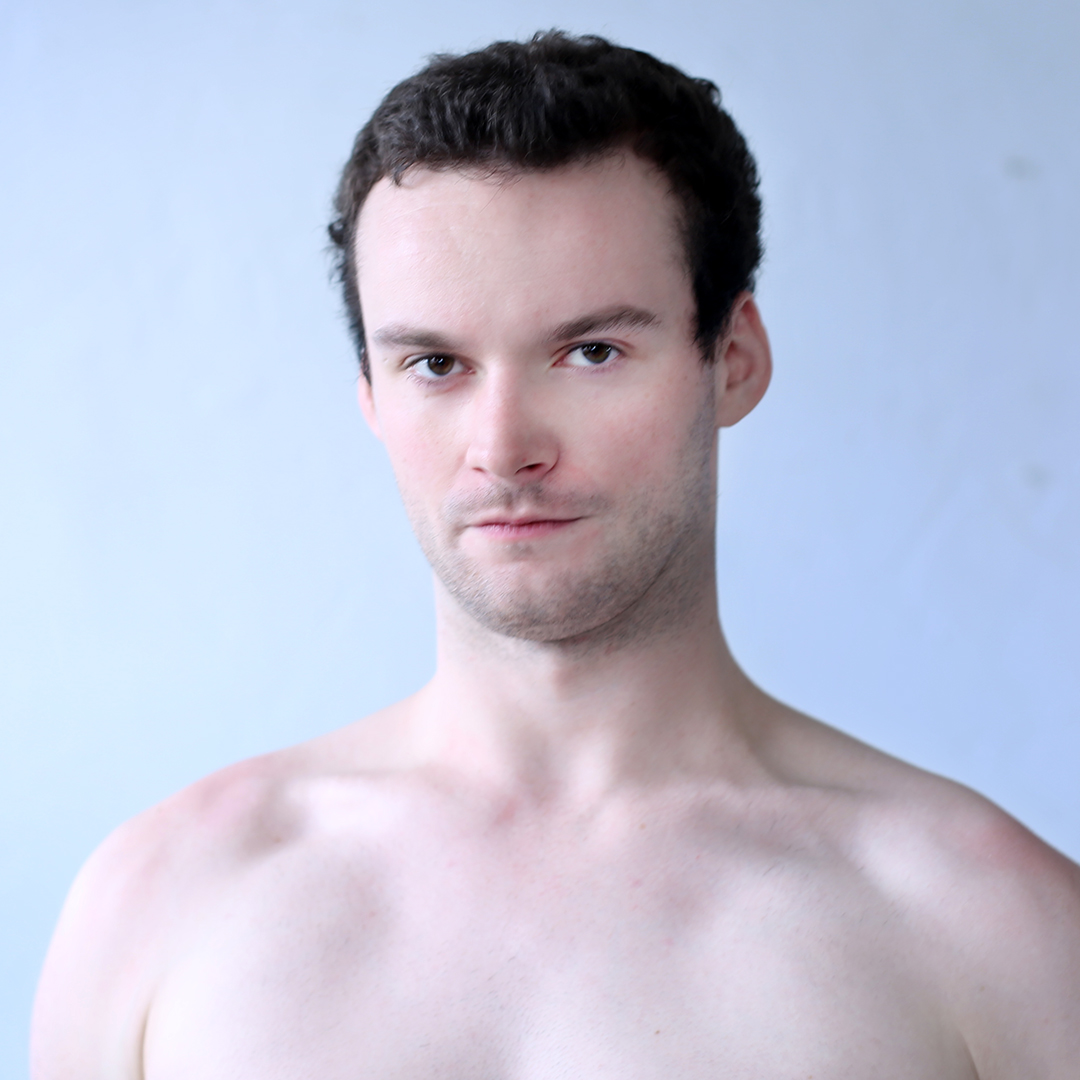 Max is originally from Cortland, New York, and is a recent graduate of UNCSA’s BFA Dance program. This is his first season with Graham 2 after a season with the First National Tour of “Fiddler on the Roof.” Max would like to thank his parents and friends for all their support, and special thanks to the Halpin family, Mr. Matt Pardo, Ms. Brenda Daniels, and Ms. Cara Rose DiPietro. 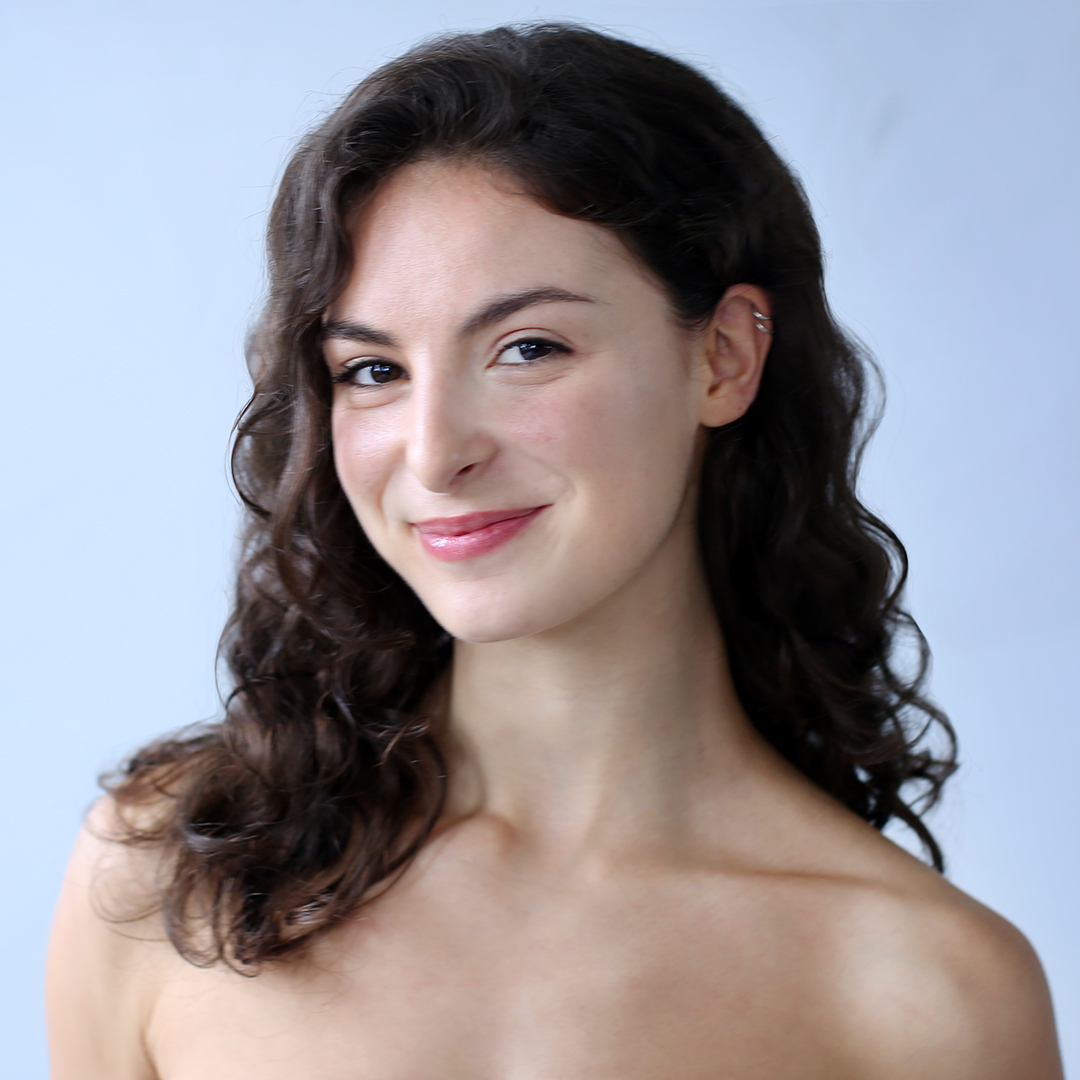 Monica Plaza is a contemporary and modern dancer from Spain. After finalizing her Science Bachelor and performing as a soloist in the company Yggdrasil Danza (Valladolid, Spain), she moved to Madrid in 2017 to begin professional dance studies at the Real Conservatorio Profesional de Danza Mariemma. Here she trained in contemporary dance and Martha Graham Technique and was given the opportunity to perform and choreograph. In the fall of 2021, she moved to New York City to enroll in the Advanced Study Certificate Program with Performance Concentration at the Martha Graham School. She is now studying the second year of the ASC program while she is starting her first season as an understudy in Graham2! 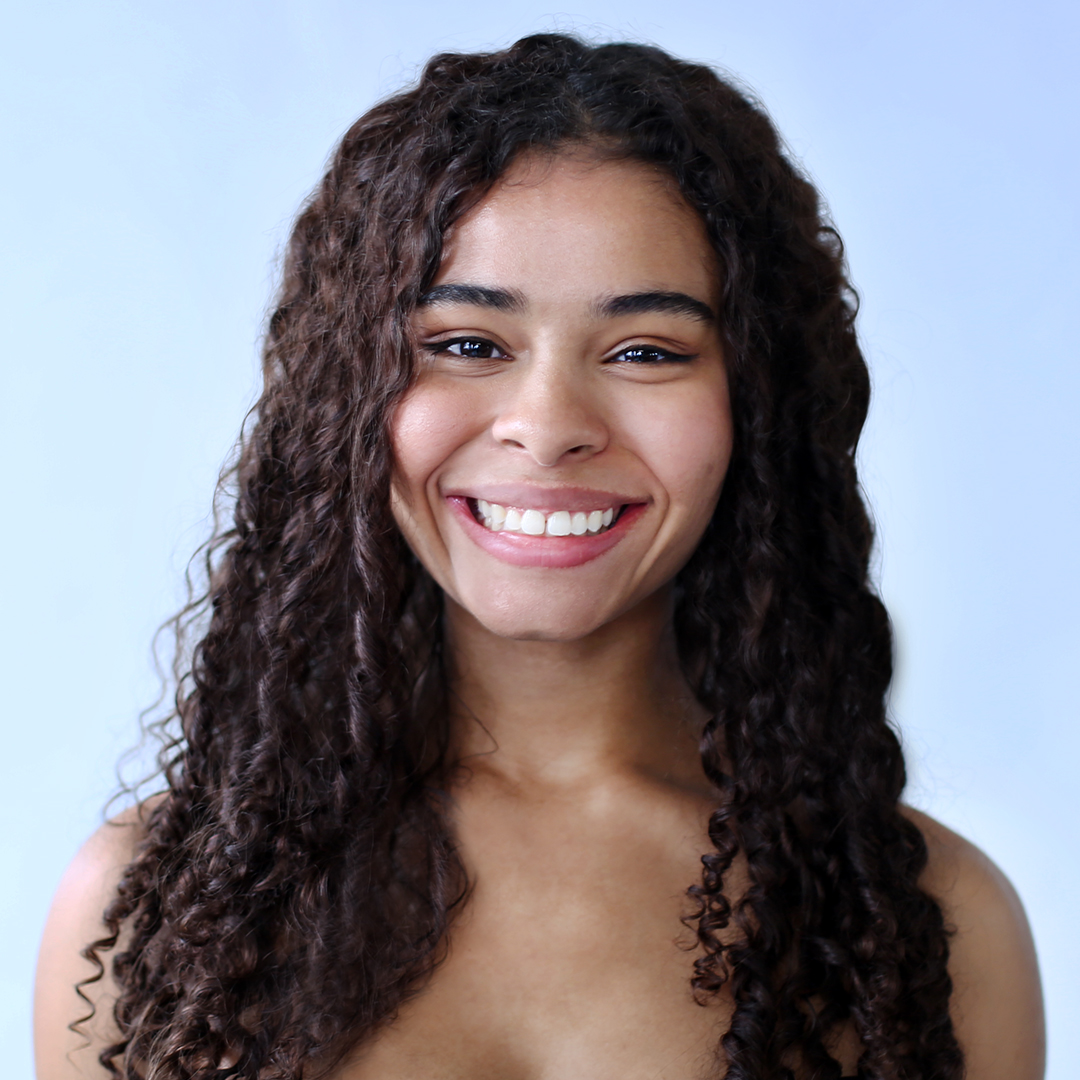 Natasha Schmid was born and raised in Jacksonville Beach, FL. She started her training at the Florida Ballet and graduated with her High School Diploma from Douglas Anderson School of the Arts. In 2021, Natasha graduated from Southern Methodist University with a BFA in Dance Performance, a BA in Creative Computation, and a minor in Graphic Design. Natasha is currently studying in the Advanced Studies Certificate program at the Martha Graham School in the Graham 2 track. This is her second season with Graham 2 and she is excited to perform Martha Graham’s historical works along with her fellow artists in Graham 2. 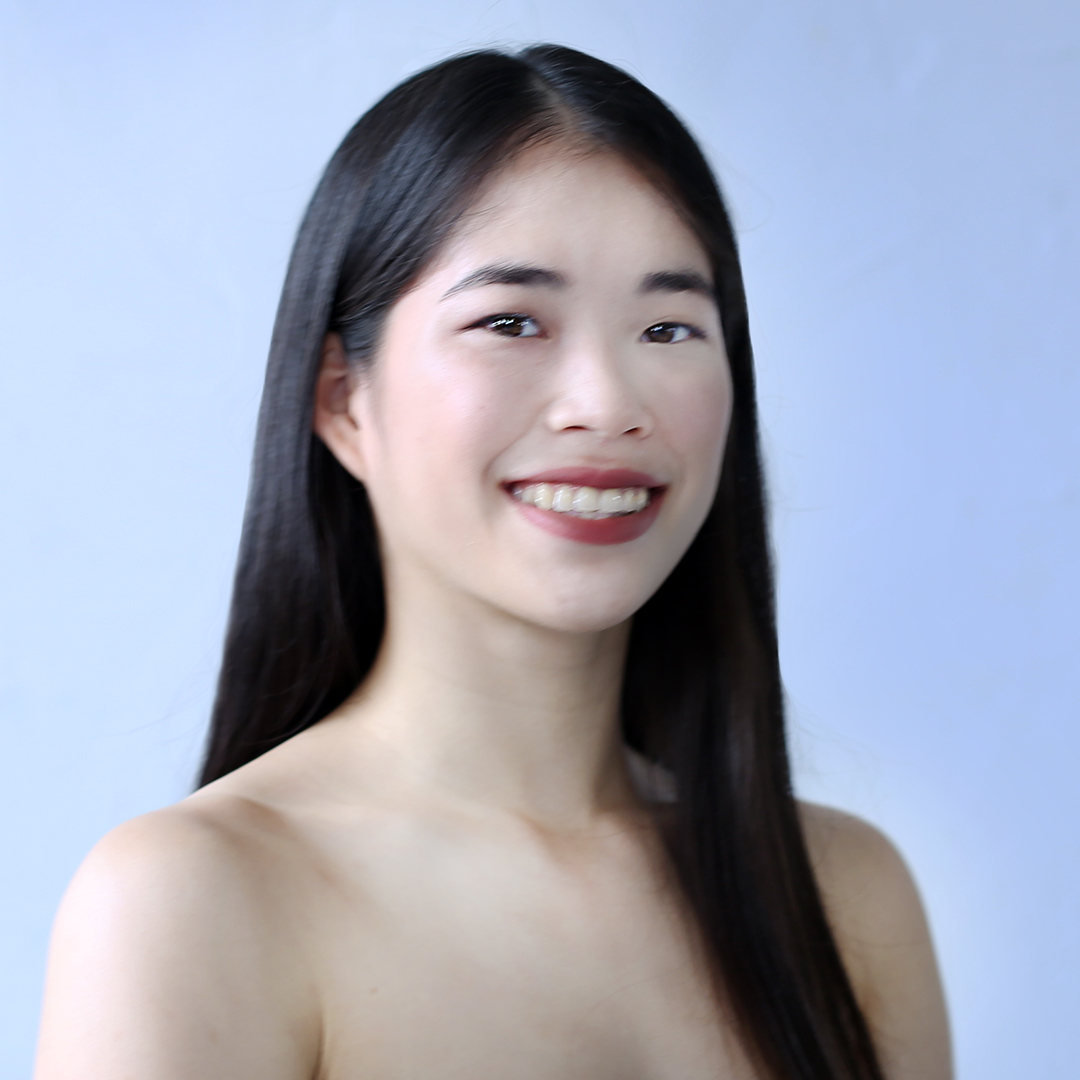 Kathryn Taylor was born and raised in Indianapolis, Indiana. In 2019, she graduated Summa Cum Laude from SUNY Purchase College with a BFA in Dance Performance and minor in Asian Studies. There she performed a variety of works by Tom Weinberger, Rena Butler, Lin Hwai-Min, Jose Limon, and Trisha Brown, among others. She also received a study abroad grant to study at The Taipei National University of the Arts for a semester. Kathryn is now studying in the Advanced Studies Certificate program at the Martha Graham School as well as a member of Graham 2. This is her first season with Graham 2. 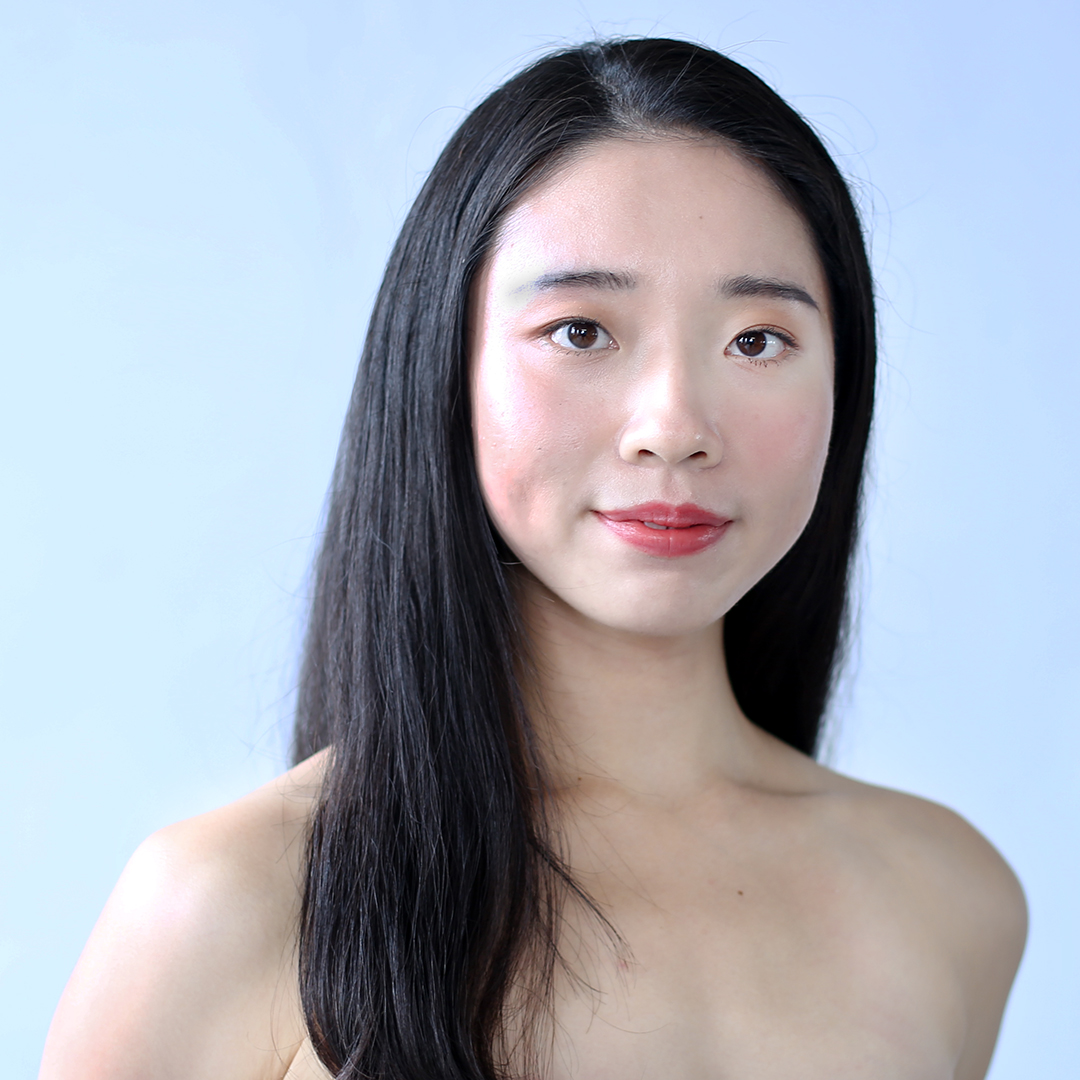 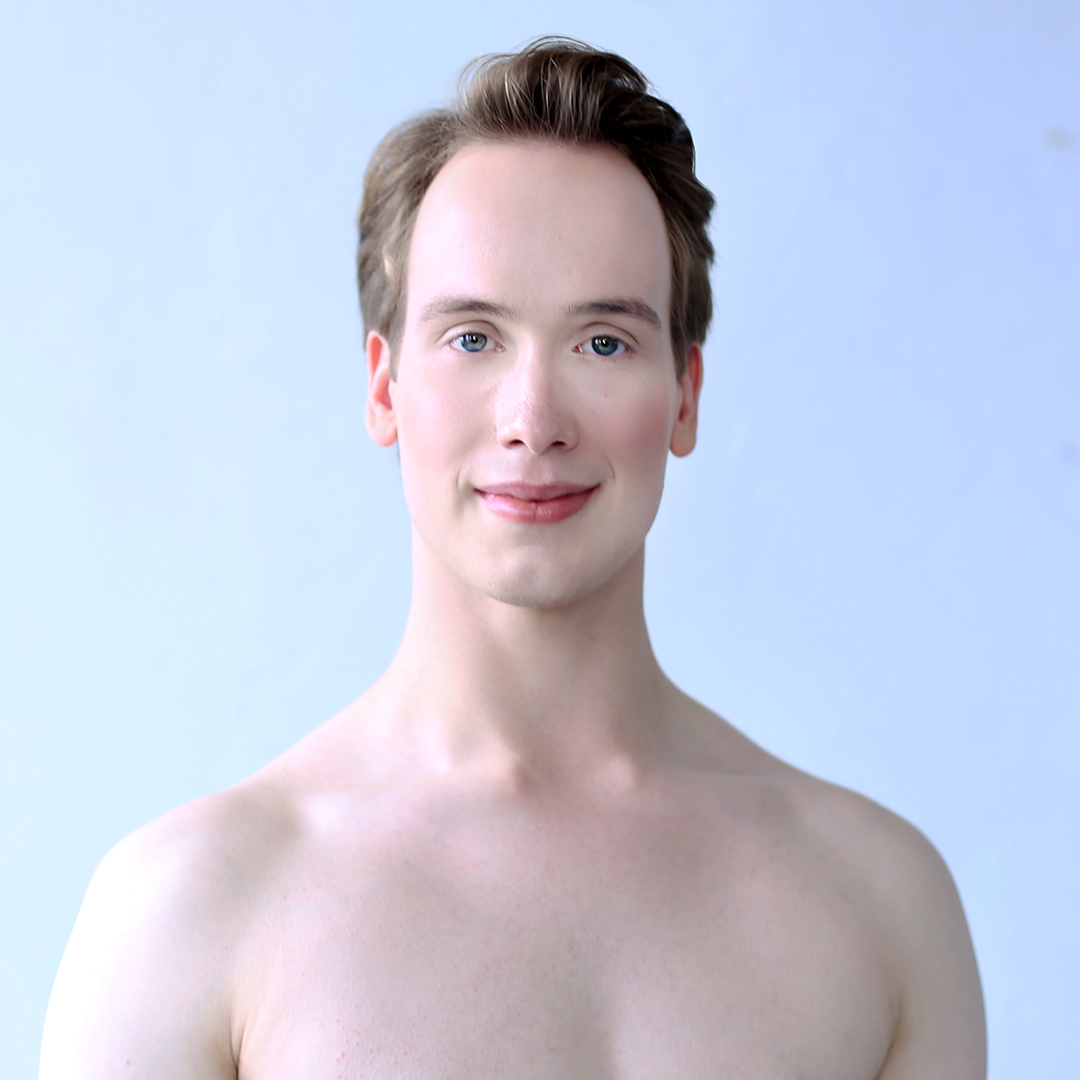 Gion Treichler is from Zurich, Switzerland. He began his pre-professional dance training at Zurich Dance Academy (taz) and the ballet school of the Opera House Zurich.

In 2022 Gion graduated from Zurich University of the Arts (ZHdK) with a BFA in contemporary dance. Where he got the chance to work with choreographers such as Caroline Finn, Filipe Portugal, Regina Van Berkel and Nadav Zelner. Additionally, he worked with Yoshito Sakuraba. Gion is currently in the Advanced Studies Certificate program at the Martha Graham School of contemporary dance. He joined Graham 2 in August 2021 and is now in his second season with the company. He is looking forward to dancing the incredible Graham Repertoire and excited to be on stage with his fellow dancers.

Justin Valentine received his early training in ballet at VKDCNY and several wonderful summer programs including ABT, Washington Ballet, and Kaatsbaan. Justin is truly grateful for his teachers’ dedications along the way. He was awarded a semester at the Vaganova Ballet Academy, and performed internationally in a dozen countries.  He was a Lead Principal Dancer at Columbia Classical Ballet in South Carolina, and performed classical pas de deux and new contemporary works internationally.

Justin is now studying in the Advanced Studies Certificate Program at the Martha Graham School and is a member of Graham 2. This is his first season with Graham 2.

Ghislaine van den Heuvel, originally from the Netherlands, received her Bachelor of Dance from Fontys School of Fine and Performing Arts in the Netherlands. While there she performed in a variety of works by contemporary choreographers such as Sidi Larbi Cherkaoui, Navala Niku Chaudhari, Blenard Azizaj, and Katja Heitmann, among others. Ghislaine joined Graham 2 in 2020 and is now also part of the Graham School’s Teacher Training Program. This season she is excited to further explore the intricacies of the Martha Graham repertoire and strengthen her creative expression through performance.

Graham 2 is a dance company that draws from the most advanced students of the Martha Graham School.

Serving as a bridge between the Graham School and the Martha Graham Dance Company, the mission of Graham 2 is to elevate the Graham tradition to younger audiences, diverse cultural communities, and smaller venues all while serving as a springboard for young dancers before entering the professional dance world. 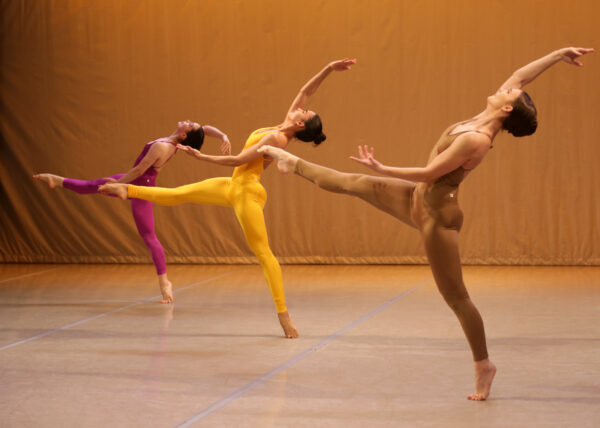 GRAHAM 2 brings an exhilarating dance experience to theaters, schools, community centers, and other venues. The performance begins with an introduction of GRAHAM 2 by the Artistic Director, a brief history of Martha Graham, and an overview of the dances to be performed. GRAHAM 2 will then perform works and excerpts from the Martha Graham repertory and of other choreographers who work in the Martha Graham tradition. Following the performance, the audience is treated to a full question / answer session with the Artistic Director, dancers and technical crew. 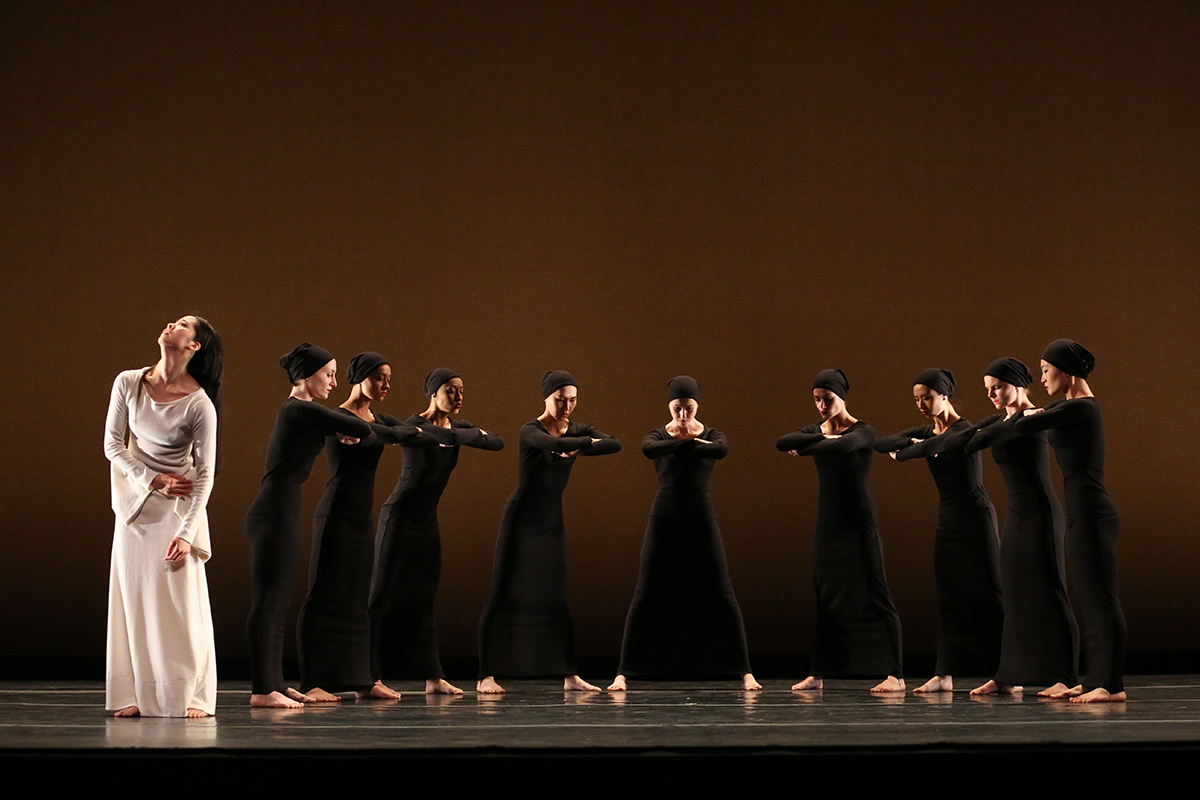