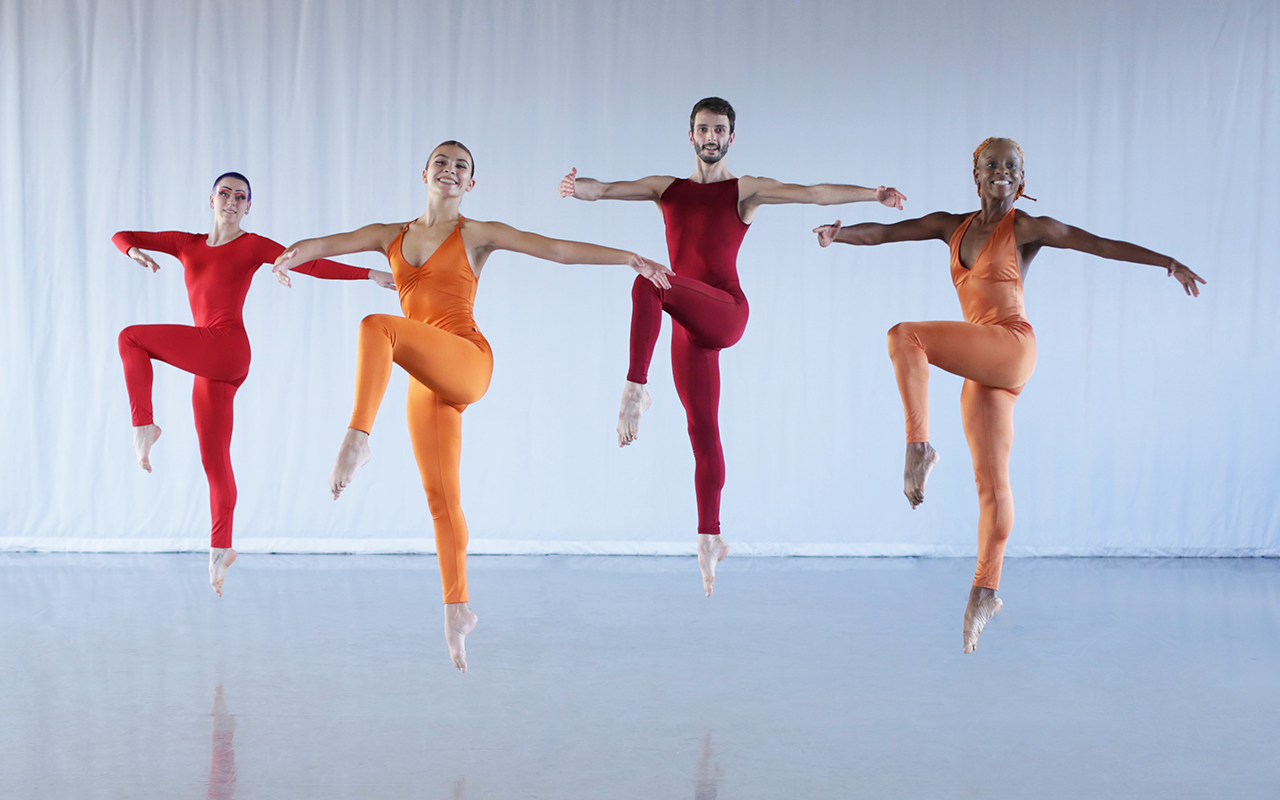 Classes are taught by world-class dance professionals, including former and current Martha Graham Company dancers. Students have the option to attend online via Zoom or in-person at Martha Graham Studios and the Creative Cultural Center at St. Veronica’s in Greenwich Village, NYC.

In order to protect everyone’s health and promote the best possible dance training environment, we are requiring all eligible students to submit proof of COVID vaccination prior to the start of the semester. Masks will be required at all times until further notice.

Please plan to have your full vaccination process completed at least two weeks before your return to the studios. Proof of vaccination is required. You will be prompted to upload your vaccination card to the registration form.

We understand that some students may choose not to be vaccinated because of religious or health concerns, but since our primary concern is for the health and safety of our community, the School will not offer any exceptions at this time. We invite those students who are not vaccinated to study with us virtually.

Levels I, II, III, + IV
The Martha Graham Technique is based on the core power of Graham’s signature contraction and release. The Technique promotes strength, stamina, and self-expression and serves as a foundation for excellence in many styles of dance. Each level is specifically designed for students to progress rapidly.

Advanced Beginner/Intermediate and Advanced
Martha Graham School ballet training is adapted for individual student abilities at the beginner, intermediate, and advanced levels. Classes are structured to enhance and support the study of Martha Graham Technique.

Advanced Beginner/Intermediate and Advanced
Contemporary classes build upon Graham Technique and encourage dancers to explore the connections between this classic approach and post-modern styles. In-Person only.

Intermediate and Advanced
Repertory introduces students to Graham’s classic choreography to gain a deeper understanding of her expressive style as well as practice in valuable performance techniques. Dancers must register for Graham Technique for the duration of the Repertory class, which is offered at an intermediate or advanced pace.

Beginner/Intermediate and Advanced
This exploration of dance-making guides students in creating movement phrases, discovering their own artistic voice, and development a personal toolbox of choreographic techniques. In-Person only.

For students with little or no experience in the Martha Graham Technique, focusing on foundational principles and basic exercises. Goals include movement skills, concentration, and self-awareness.

For students with a solid understanding of elementary principles and a strong execution of all Level I material (e.g., seated contractions, deep stretches with spirals, turns around the back ending in pitch). Instruction builds strength, balance, stamina, focus, extended kinetic vocabulary, and an introduction to fundamental Graham phrases and repertory.

For students with substantial experience in the Martha Graham Technique who demonstrate a strong command of all Level II material (including turns around the back to the strike, back leg extension with pleading to floor and recovery, sitting fall with spiral, and split fall). Instruction includes longer Graham phrases and repertory study.

Reserved for students with advanced and professional experience in the Martha Graham Technique, students learn extended Graham phrases and repertory, deepen physical and artistic mastery, and strive towards virtuosity as dance professionals. 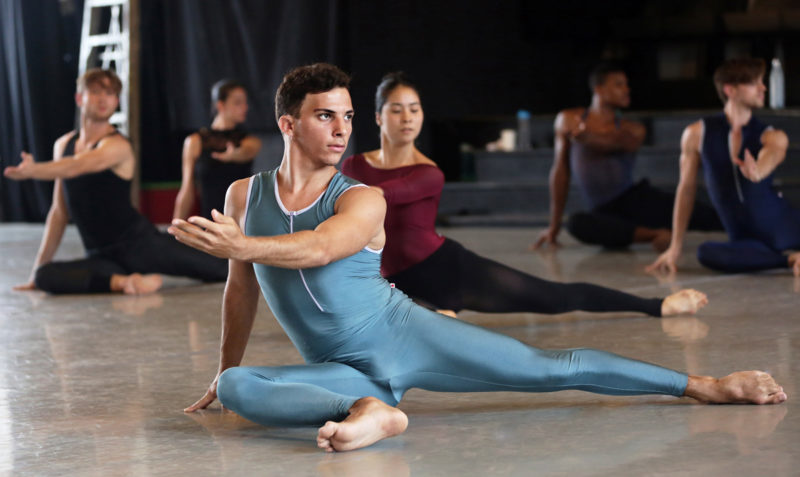 Open to All Levels In-Person and Online

New to this year’s Summer Intensive, the Modern Classics Series is a sequence of weekly master classes celebrating early class modern dance form creators, including José Limón, Lester Horton, and Merce Cunningham, in addition to Martha Graham. Each left a legacy that continues to inspire artists and audiences around the world. Many of their students, including Paul Taylor and Alvin Ailey, carried the classics forward and left formidable impacts on the art form themselves.

All master classes are 90 minutes followed by a 30 minute Q&A with the instructor. 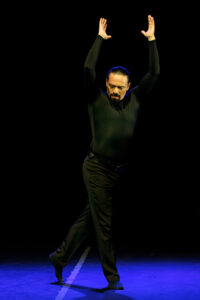 New York-based dancer, choreographer, educator and producer, Daniel Fetecua Soto has been a soloist member of the Limón Dance Company for ten years (2006-2016) dancing lead roles in Jose Limón’s master pieces and has appeared as guest artist in Pina Bausch’s Rite of Spring and Tannhäuser.

Mr. Fetecua is a master teacher of the Limón technique and reconstructor of Limón’s repertory, faculty member of the Limón Institute and founder member of Limón4Kids program. Daniel Fetecua is the founder and artistic director of two dance companies: Pajarillo Pinta’o, a dance company that preserves and promotes the Colombian traditional dances through dance performance, workshops and classes and D-Moves, a contemporary dance project that combines Colombian traditions, Modern Dance and German Tanz-Theater.

Daniel Fetecua is a longtime collaborator of Colombian composer and musician Pablo Mayor. Together, they have created “Amalgama and El Barrio Project” and the educational residency Cumbia For Kids/Cumbia For All. Since 2008 has work with Native-Choreographer Rosalie Jones/Day Star for her work “Wolf: A Transformation”, from whom Daniel has the rights to the piece for the performance, preservation and promotion. Daniel is Member of Movement Migration an international collective of seasoned dance artists directed by Kim Jones. He is the producer and artistic director of LATITUDES DANCE FESTIVAL, a NYC based platform to promote and present Latin American and Native companies and choreographers from around the world.

Daniel has collaborated as a choreographer and guest teacher with REvolucionLatina and Salgado Productions both under Luis Salgado direction since 2011.

Daniel Fetecua is currently resident choreographer and board member of ID Studio Theatre a not-for-profit organization led by Colombian actor German Jaramillo. He is also a resident choreographer at Teatro SEA directed by Manuel Moran for which he has choreographed “Sueño”- a Caribbean take of Shakespeare Midsummer Night Dream and “La Gloria: A Latin Cabaret”. For La Gloria, Fetecua won a HOLA award for Best Choreography. Daniel is adjunct professor of dance at the NYU Tisch School of the Arts. 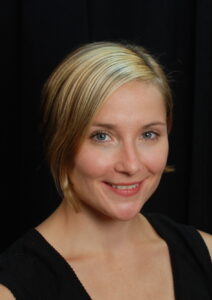 Andrea Weber was a dancer with the Merce Cunningham Dance Company from 2004 – 2011. Andrea is on faculty of the Merce Cunningham Trust, teaching Cunningham Technique® at New York City Center and The Hartt School. She has also taught at Barnard College, SUNY Purchase, UNCSA, Brown University, Skidmore College, the American Dance Festival, ArcDanz Festival, NYU Tisch, ABT Studio Company, Salem State College and Dance New Amsterdam. Andrea has staged Exchange and Scenario for the Lyon Opera Ballet, Pond Way for Ballett am Rhein and Ballet Vlaanderen, Suite for Five for the CNSMD in Lyon, RainForest for the Stephen Petronio Company, Sounddance at UNCSA, How To Pass, Kick, Fall and Run for Boston Conservatory and the American Dance Festival and the Skidmore Event in the Tang Museum at Skidmore College. Andrea arranged and staged the Events for the Merce Cunningham: Common Time exhibit at both the Walker Arts Center and the Museum of Contemporary Art Chicago. For Merce Cunningham’s Centennial, Andrea was the primary stager for Night of 100 Solos: LA. Andrea has been awarded nine Merce Cunningham Trust Fellowships since 2012, reconstructing dances including Travelogue, Ocean, CRWDSPCR and Second Hand. 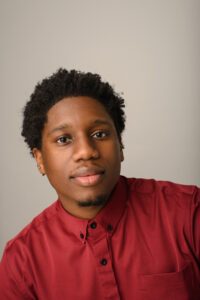 Maxwell Louis Waterman is a New York City-based educator, administrator, and performing artist. He is the Director of the Dance Department at Science Skills Center High School for Science, Technology and the Creative Arts. He is also an Adjunct Professor (of the Lester Horton Technique) at the Conservatory of Dance at Purchase College, SUNY Purchase. Waterman’s introduction to the Martha Graham Center of Contemporary Dance began in 2014 when he enrolled in the Martha Graham School’s Summer Intensive. A champion for social-emotional learning in dance education, Waterman authored The Elevated Conscious Curriculum (For Dancers)© in 2020, and teaches the culturally responsive pedagogy within the Young Artists Program of the Martha Graham School. His course, “Zone of Consciousness” affords students the opportunity to grant themselves the permission to develop and use their artistic voices to become critical, conscious thought leaders within dance education. A native of Brooklyn, NY, Waterman trained at the Ailey School and the Joffrey Ballet School. He earned a B.S. in Dance from Long Island University-Brooklyn Campus and an M.A. in Dance Education from the Arnhold Graduate Dance Education Program at CUNY-Hunter College.

Cunningham Technique® (developed by Merce Cunningham) emphasizes clarity of form, coordination of torso and legwork, rhythmic accuracy, and spatial awareness, with the goal of creating strength and flexibility of both the body and the mind. Cu